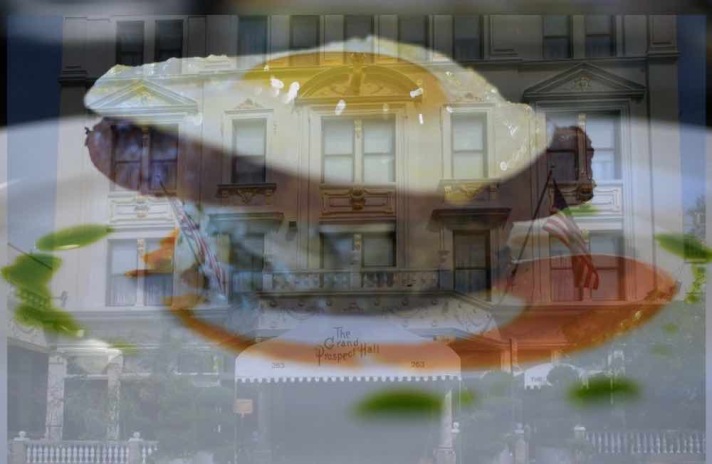 Whether you’re searching for a hair-of-the-dog mimosa, dragging the strollers on the bumpy sidewalks, or simply take pleasure in waiting on long lines for your pancakes, Brooklyn Sunday mornings mean one thing: brunch.

Are you sitting down with your fork poised? Because neighbors of Brooklyn, you’re about to have your dreams come true: BrunchCon is coming.

Seriously, check the ticker on their website and you’ll see that the countdown clock is nearing towards Sunday, March 26. BrunchCon NYC is coming to Grand Prospect Hall in South Slope.

That’s right. Comic Con is being left in the powdered sugar donut dust.

And before you can say “Why didn’t I think of that?” you may want to buy your tickets to the food and drink festival centered around one of Brooklyn’s favorite rituals.

While this will be the first one to take place in New York City, BrunchCon is popping up around the country, with plans to hold events in Atlanta, Chicago, Seattle, and more.

The good news is that you’ll be able to enjoy some of your Brooklyn favorites, including Bricolage, the highly-recommended (by yours truly) Vietnamese gastropub located in Park Slope (162 5th Avenue near Degraw Street), a short distance away from the Grand Prospect Hall.

“Brooklyn loves their brunch,” says Lien Lin, who along with her husband Ed, cooks up many a popular dish at Bricolage. “They reached out to us to see if we’re interested and we saw they did it in L.A.”

The Lins have a spectacular brunch (I can vouch for it) and having local vendors allows for community support.

According to Lin, BrunchCon is expecting about 2,000 people. “So, they asked me to prepare 2,200 tastings,” she said.

While that sounds like a massive task to a layperson, Lin seems to take it in stride.”Simple is best — something that will hold well and is easy to put together,” she adds. “We’ve done something similar for 1,000 [people] before.”

Other local vendors will include the Brooklyn-based Wowfulls, who hit it out of the park last summer at Smorgasburg in Prospect Park. They’re known for serving 1950s-style Hong Kong Gai Dàn Jai.

The Vanderbilt (570 Vanderbilt Avenue at Bergen Street) in Prospect Heights will also join the ranks of the 30-50 estimated vendor options, according to BrunchCon.

In addition, Greenpoint-based Café Grumpy — who have cafes throughout Brooklyn and Manhattan — will be bringing their roasted beans to GPH.

According to the BrunchCon site, the list of vendors is being updated daily.

And to make you feel it home, you’ll get to spend some time in their Hangover Lounge, if need be. They promise cocktails, greasy food, and low lights in this area of the event.

The singles can engage in Brunch Speed Dating (hey, everybody’s got a thing, right?), or pick up a gold-plated flask for your on-the-go champagne needs at their onsite market.

If you’re not convinced yet, perhaps the Grand Prospect Hall commercial will do it:

The Details: BrunchCon
When: Sunday, March 26
Where: The Grand Prospect Hall (263 Prospect Avenue near 5th Avenue)
Tickets: You can purchase early bird tickets online now. Prices range from the $55 general admission ticket to the VIP ticket which will run you a cool $90. They’re offering a $5 promo code here. After February 15, General Admission tickets will be $60.